Reykjavik Bike Tours is the name of a family bicycle rental and tour business in Reykjavik Iceland. Stefan and Ursula have offered bicycle rentals, bicycle tours, walking tours and Segway tours in Reykjavik as well as private tours in a vehicle sometimes with a bicycle component to the scenic attractions around Iceland since 2009.

Private tours in a vehicle

Fleet of vehicles suitable for almost any group size

Reykjavik is great for cycling. Perhaps there are less dedicated bicycle paths in Reykjavik than in Copenhagen or Amsterdam but the streets are fairly quiet and there‘s plenty of bike trails, especially along the scenic coast.

Ursula was born in Nurnberg Germany but lived in Iceland for 13 years. Although she has a professional university degree in food technology her passion is organization and meeting people. One of her jobs in the past was to lead groups of German tourists around Scotland for four summers. She’s totally in love with Scotland and all Scottish. Give her haggis, shortbread or single malt whiskey and you’ve got her on your side.

Ursula’s first book is called Zwischen Licht und Dunkel: Abenteuer Alltag in Island. In English this means Between Light and Darkness: Every Day Adventures in Iceland. Its only available in German as of yet and has been reprinted. Its content reveals many of the things which make the Icelanders such special people, sometimes in a very funny way. It is available on Amazon.com.

Stefan loves working with people and showing visitors the most beautiful places around the country. He has several university degrees and certificates. He’s been a professional accredited tourist guide and driver on two continents since 1988. He was in charge of the Iceland Tourist Guide School for one year and taught several subjects there for 10 years.

The scheduled Classic Reykjavik Bike Tour continues to be our most popular tour. It covers 9 km around the city in 2.5 hours. Participants get a great introduction to the capital city of Iceland. The tour covers the basic history of Reykjavik in a fun way, as well providing valuable information to participants for the rest of their stay in the city.

The private Coast of Reykjavik Bike Tour is really scenic but requires more cycling than the Classic tour. It covers 18 km in 2.5 hours and runs along a flat paved trail which runs along Reykjavik’s beautiful coastline. Parts of this trail are quite inaccessible by motorized vehicles.

The private Golden Circle Bike Tour covers the most popular tourist haunts in Iceland with a twist. The bicycle combination is unique; no other tour operator has ever done anything like it before. Of course, the tour includes the most popular spots in Iceland: Gullfoss waterfall, Geysir geothermal area and the Parliament Plains, but it also enables participants to be outside and experience some great outdoor scenery at much closer quarters than from the seat of a bus. Cycling distance is about 25 km and is considered easy. Those who think they cannot cycle that far – can stay in the support van with the driver/guide.

The private Vestmannaeyjar Islands Bike Tour includes a beautiful drive from Reykjavik to a ferry port opposite the volcanic islands. You’ll bicycle for about 3 hours on the main island called Heimaey. The route includes a golf course in the lava field, the new lava field from 1973, farmland, Pompeii of the North and sometimes puffins. Great coastal scenes throughout the bike ride on the island. Some of the hills are fairly challenging for novice riders but we can supply electric bicycles for those who need.

The private Lake Challenge. This is our most challenging scheduled tour we’ve offered to date. Participants cycle 64 km in about 4 hours. Those who cannot make the entire circle in four hours are picked up in a van along the way. The scenery is amazing and includes the Parliament Lake (Þingvallavatn) in the Þingvellir National Park – Iceland’s oldest – established in 1930. The route encircles the lake, on mostly flat terrain and small hills, sometimes on gravel surface and sometimes on asphalt.

Which tour you choose doesn’t really matter – you‘ll have a great time with us in the company of other like-minded people. Tours are conducted in English, but if you have a special request for a language guide, we have several professional tour guides on our books who may be able to provide the service. 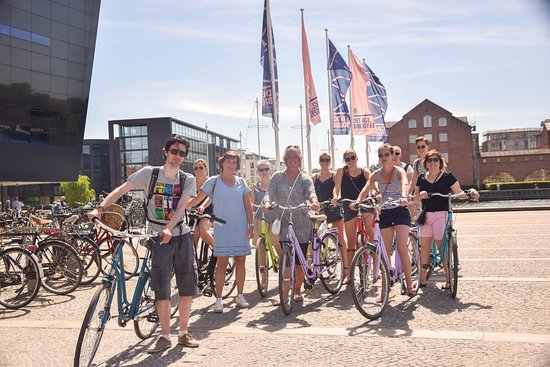 We offer bike rentals and guided tours around Copenhagen in a chill and laid-back setting. Our focu….... 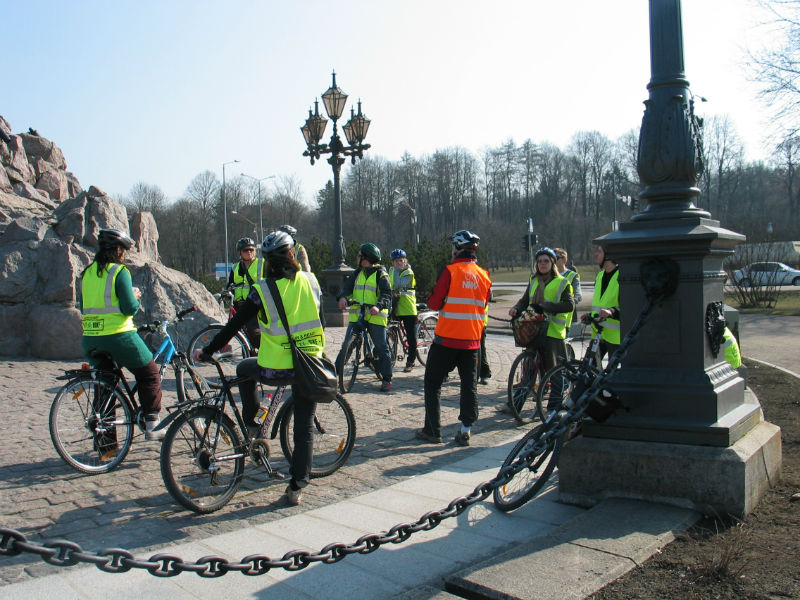 Tallinn is not a huge capital but has it all for a perfect day out on a bike. Tallinn has marked cy…....